Chicago Bears cornerback Tim Jennings has been arrested for driving under the influence, speeding and reckless driving, according to a report from ESPN’s Michael C. Wright.

Wright has been covering the report from the start, and it appears that Jennings is still being held at the Gwinnett County jail in Georgia.

What's weird is Jennings is still being held. Hasn't bonded out yet.

Details are still sketchy, but it doesn’t look like the Bears are off to a great 2015 after stumbling through a disappointing 2014 season. The Bears have yet to release a statement about the incident, and even though they are currently without a coach or general manager, it seems unlikely that the team will cut ties with the 31-year-old cornerback. Jennings started all 32 games for the Bears over the last two seasons, and he earned Pro Bowl selections in 2012 and 2013. Those successful years earned him a four-year contract extension after the 2013 season, and although he had a down here in 2014, we don’t think his roster spot is in jeopardy. 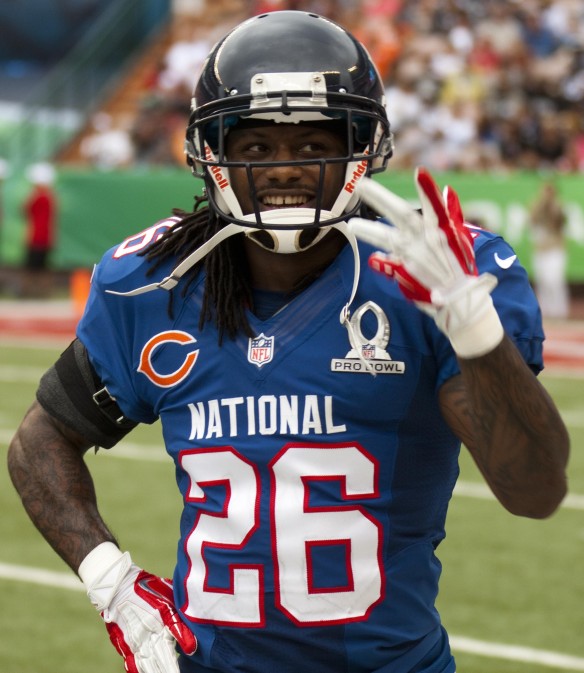 A DUI charge is fairly serious; Jennings is facing a loss of his driver’s license, community service and possibly even jail time. The criminal repercussions from this case could force him into alcohol treatment and substance abuse programs.

The NFL also has very strict policies dealing with criminal behavior and drug and alcohol violations by the players. Jennings could be suspended for a number of games at the beginning of the 2015 season, and face the very expensive prospect of losing game checks for any games he misses. He could be forced to attend the NFL’s own drug and alcohol treatment program as well as other sanctions the league might hand down.

The best thing Tim Jennings can do right now is start going to alcohol treatment immediately. In-patient treatment is his best option to show the league that he takes this matter seriously and that he want to address his alcohol issues.