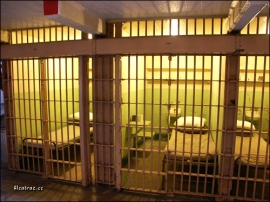 This week Chicago police arrested 20-year-old Tyreese T. Richardson and charged him with 2 counts of home invasion and 3 counts of aggravated sexual assault.

The three attacks occurred between July 27 and August 5. Richardson allegedly broke into the victims’ homes wielding a knife and sexually assaulted them.

If convicted of these charges, Richardson will face a long stay in prison.

Home invasion is a Class X Felony, which can lead to a 30 year prison sentence in Illinois. But the aggravated criminal sexual assault charges are the more serious crimes. Each count is a Class X Felony, and each can bring a sentence of up to 30 years jail time. An additional 10 years will automatically be added because of the use of a weapon during the assault. He is potentially looking at two separate sentences of 40 years each, to be served consecutively. This means that he would serve the first 40 year sentence before the second 40 year term even begins.

He also clearly has a prior felony record, because police caught him through DNA matching.  All felons in Illinois are forced to submit a DNA sample, which is then stored by law enforcement for use in solving future cases.

This defendant needs to immediately contact a criminal defense attorney to represent him.  Anything he says or does right now will be used as evidence against him, and he needs someone to prevent him from digging himself an even deeper hole. 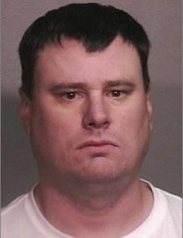 McHenry County Deputy, Gregory Pyle, was arrested this week and will face trial on Friday for sexual assaulting a child.

Making matters worse, at the time of his arrest Pyle was an investigator in the police department’s internet sex crimes unit. Pyle allegedly sexually assaulted a young boy during a trip to Wisconsin and also filmed and uploaded to the internet pornographic material involving the boy.

Pyle faces a mandatory minimum of 30 years in prison (and a maximum life sentence) for sexually assaulting a minor across state lines. He is also charged with sexual exploitation of the child – a charge that usually brings 15 to 30 years in prison.

“If the allegations in this story are true, and this Deputy did abuse children, then it truly is a horrible crime,” says Chicago Attorney Sean P. Sullivan. “Sexual abuse of children is always a horrible thing.  What I find most troubling about this case is that this Deputy is mentioned as being a former internet sex crimes investigator for the sheriff’s department. This man was entrusted to safeguard our most precious resource- children. Under the guise of protecting our children from predators, he was actually preying on them himself! All while being paid by the taxpayers. Truly reprehensible.”