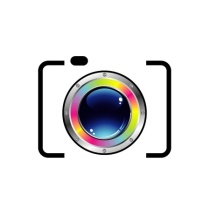 Two Illinois lawmakers proposed a bill on Thursday that would help fund police body cameras by adding a $6 surcharge to all criminal and traffic citations.

The bill was introduced by State Rep. Jehan Gordon-Booth and is sponsored by Senator Bill Haine, both members of the Democratic Party. According to Gordon-Booth, the bill would allow police departments to apply for grants to buy body cameras and video equipment for their squad car. The grant money would be funded by the taxpayers, but only by those who earn a criminal or traffic citation. Gordon-Booth said a $6 surcharge fee on criminal and traffic offenses would raise between $4 million and $6 million annually.

“[The body cameras would] remove controversies and remove doubt on what’s going on with a lawful arrest,” said Senator Haine.

Police body cameras have been a hot topic in the wake of the events in Ferguson, Missouri. In that instance, an 18-year old unarmed black teenager was fatally shot by a white police officer. Racial tensions erupted, but nobody has been able to provide clear evidence of what transpired right before the fatal shots were fired. Had the officer been wearing a body camera, the matter would likely be settled. Since then, some officers in Ferguson have begun wearing body cameras, and now Illinois is looking to follow suit.

The Benefits of Body Cameras

The benefits of police body cameras are two-fold. First, they keep officers and civilians on their best behavior. If police and anyone they encounter know their actions are being filmed, everyone will act more civil. True cases of police brutality and excessive force will be recorded for the world to see.

Also, body cameras will help keep officers and their departments safe from frivolous lawsuits. Considering the city of Chicago paid out $84.6 million last year in legal fees and misconduct payouts, and the decade total tops half a billion dollars, the cameras could easily end up paying for themselves.

“So often in a court of law it comes down to a ‘he said, she said’ argument,” said Appelman. “With body cameras, we would have an unbiased, third-person view of exactly what transpired. It seems like a no-brainer to me.”