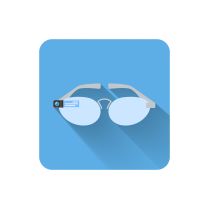 If you’re stopped by a Chicago police officer in the coming months, you’ll want to smile, because you might be on camera.

According to Chicago police Superintendent Garry McCarthy, some Chicago police officers will begin wearing body cameras within the next 60 days as part of a pilot program.

McCarthy didn’t go into too much detail about the program, but he believes they’ll help provide an impartial view into what transpired during a citizen encounter. He noted that many officers volunteered to be part of the program.

“We have a number of officers who have volunteered because that’s how we’re going to handle it initially,” McCarthy said. “I endorse the program. I would say within 60 days we’ll be up and running.”

Proponents of the body cameras believe they’ll work two-fold to prevent issues. First, they’ll keep officers on their best behavior as they know their actions are being recorded, likely reducing the number of police brutality suits, and secondly they’ll preventing citizens from making baseless accusations against police officers. The U.S. Justice Department cautioned that there is not a lot of evidence to suggest body cameras will cut down on police-citizen problems, but the cameras certainly worked for officers in Rialto, California.

McCarthy didn’t elaborate, but it’s possible the move to begin the pilot program was a response to the recent Grand Jury decision in Ferguson, Missouri. Unless you’ve been living under a rock for the last few weeks, you’re aware of the Grand Jury’s decision not to indict Officer Darren Wilson, who shot and killed an unarmed 18-year-old Michael Brown on August 9. The decision not to indict the white officer in the shooting death of a black teen led to demonstrations across the nation, including in Chicago. Had Wilson been wearing one of the cameras, we’d have a much clearly idea of what truly transpired on that early August day.

Just like I said last month when lawmakers were discussing exactly how a body camera program would be used, I fully support the idea. I noted the question was more of “when” officers would get than “if” they would get them, and it appears we’ll begin seeing them in the next 60 days.

I’ve dealt with cases where both my client and the officer on the stand have bent the truth or shaped the narrative to support their case. With video evidence, we’ll have an impartial third party at the scene to tell us exactly what happened. I look forward to seeing these recordings being presented as evidence in future trials. 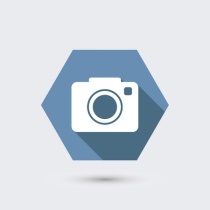