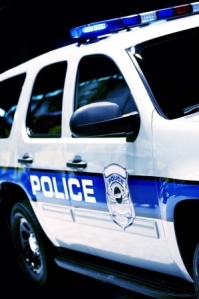 The families of two friends who were killed in a car accident by a drunken, off-duty police officer say a potential 10-year sentence by way of a plea agreement is too lenient.

Joaquin Garcia and Fabian Torres lost their lives when last spring when their car collided with a vehicle piloted by officer Terrell Garrett, who was driving the wrong way down Lake Shore Drive. Garrett had been out celebrating his 35th birthday until 4 a.m. before getting behind the wheel. A blood test revealed that Garrett was operating his vehicle with a blood-alcohol concentration of 0.184, more than double the legal limit.

Garcia’s brother said it’s inconceivable that someone whose job it is to serve and protect can make such a poor decision.

“Your brother was killed by a person who was supposed to uphold the law, gets drunk and drives on the opposite side of the highway,” he said. “What is that? Are you kidding me?”

Garrett is expected to be in court Friday to accept a plea deal that would see him spend the next 10 years behind bars if the judge agrees, but the families of the deceased said five years a piece for their loved ones is not enough. Relatives have written dozens of letters to the judge asking him to impose a harsher sentence, and some family members are expected to speak at Friday’s hearing.

Garrett is eligible to be sentenced to a maximum of 30 years in prison under the current sentencing guidelines.

A 10-year sentence for killing someone during a DUI is actually a fairly strong sentence in Illinois. I have personally seen cases of Reckless Homicide based on a DUI where the defendant did not go to prison at all. But making a plea deal is not an exact science for either side.

When making a plea deal the prosecutors have to weigh the evidence and their chances of winning at trial, versus their chances of losing and having the defendant walk scot-free. Defense attorneys make the same types of calculations; can they win the case at trial, or should they try to make a plea deal that will result in an easier sentence than their client would get if they lost at trial.

When the evidence is very close, when both sides think they can possibly win at trial, the negotiating can get very tough. Neither party will give up much, but both want to make the deal happen. In this case there seems to be overwhelming evidence that the police officer was guilty of the DUI. He likely would have lost at trial. But, the prosecutor had no guarantee of what sentence the defendant would have received after a trial. The defendant was facing a potential 6- to 60-year sentence. A judge could have given this police officer much less time than he is getting through the plea deal. Both sides agreed upon ten years; the defendant did so to prevent a much longer sentence, and the prosecutor did so to guarantee a harsher sentence than the minimum would have allowed.

The victims and their families sometimes get angry at plea deals, but without them the legal system would grind to a standstill. The courts simply do not have the time for every case to go to trial. Plea deals move cases through the system much faster and with less expense than trials do.

16 people were shot in Chicago during a 12-hour period last weekend, and authorities say Mother Nature had a role in the spike in violence.

Violence in Chicago never hibernates during the winter, but it usually tapers off as bandits and burglars stay where it’s warm. But as the weather gets nicer and the nights get longer, there are more opportunities for crime. All too often, it’s violent crime that sees the biggest spike.

This seasonal rise in violence can be accounted for by one main variable: that warmer weather brings people outside. Being outside brings people into contact with many more people than they would encounter inside all day, and social encounters bring about crime. Being out at parties, and bars, and even just walking down the street, all create opportunities for street crime and violent crime to occur. Many of these shootings in Chicago begin as arguments at parties or bars. Someone takes it too far, and people get shot.

A second possible explanation for the rise in crime during the warmer months is that schools are out. More young people with nothing to entertain them can lead to a rise in the crime rate. We see many more street fights and battery cases involving teenagers during the summer than during the winter. They are out of school, and sometimes boredom can lead to drug use, excessive drinking and fights.

There are plenty of ways to combat boredom and stay out of trouble. For the athletes out there, join a recreational sports league with some of your friends. Not only will it keep you out of trouble, but you’ll have fun and stay in shape.

If you’re not into sports but are interested in having some summer spending money, check out the City of Chicago’s Youth Job Resource page. Working part-time in the summer can put some extra money in your pocket, which can help cut into future college expenses, or you can simply save up for a shopping spree. Whatever you decide to do, stay active and make good choices. Hopefully you’ll never need our services, but if you do, we’re here for you.

An Illinois eye surgeon is in hot water after allegations surfaced that he had been secretly videotaping female employees in the restroom.

Richard Weiss, 58, was caught after a female employee noticed a hole in the porcelain of the toilet tank in the women’s restroom. The employee removed the top of the tank and discovered that a small camera had been affixed to the inside of the tank, with its lens pointed out the hole.

Recordings on the memory card uncovered that four female employees had been unknowingly videotaped while using the restroom. Authorities were able to link Weiss to the crime when surveillance tapes recorded the doctor with the camera in hand.

Weiss faces four charges of unauthorized videotaping and is being held in lieu of $75,000 bail. A spokesperson for Illinois Masonic said Weiss is “no longer providing patient care at the hospital while the investigation continues.”

Weiss has been a licensed physician in Illinois since 1990, but that could change with a conviction. He is scheduled to make his next appearance on April 15.

If the allegations are true, not only is this doctor facing criminal charges, he could also be facing disciplinary actions towards his medical license.

A lot of medical professionals are not aware, but conviction of a crime violates the protections guaranteed in the Illinois Professional Licensing Acts. The Illinois Department of Financial and Professional Regulation (IDFPR) has the authority under the licensing acts to discipline practicing professionals for criminal conduct.

I used to work for IDFPR along with enforcement prosecutors. Now I try to use my expertise to help defend people with their licensing issues. If someone is a licensed professional in the state of Illinois, they need to be aware that anything that leads to criminal charges will likely lead to disciplinary action being taken against their license as well.

Chicago police officers have racked up more than a half-billion dollars in police-related legal fees and misconduct payouts over the past 10 years.

According to the Better Government Association, the city has paid out $521.3 million in police-related settlements, judgments, legal fees and related costs over the past decade. Perhaps of most concern is the fact that the highest individual yearly payout occurred just last year, when the city dished out $84.6 million, more than three times what was budgeted.

In comparison, Los Angeles, a city with a similar sized police force, paid only $20 million in 2013. Clearly Chicago – and its police force – is moving in the wrong direction.

In a larger breakdown of police expenses, the BGA uncovered:

“Until that changes we’re going to continue to pay,” said Futterman.

Despite the concerning findings, the BGA said the majority of police officers uphold the law and make the community a safer place.

“The actions of a small number of individuals that occurred years ago do not reflect the Chicago Police Department of today and the Superintendent and his team work with the community every day to ensure the public trust,” the BGA said in a statement.